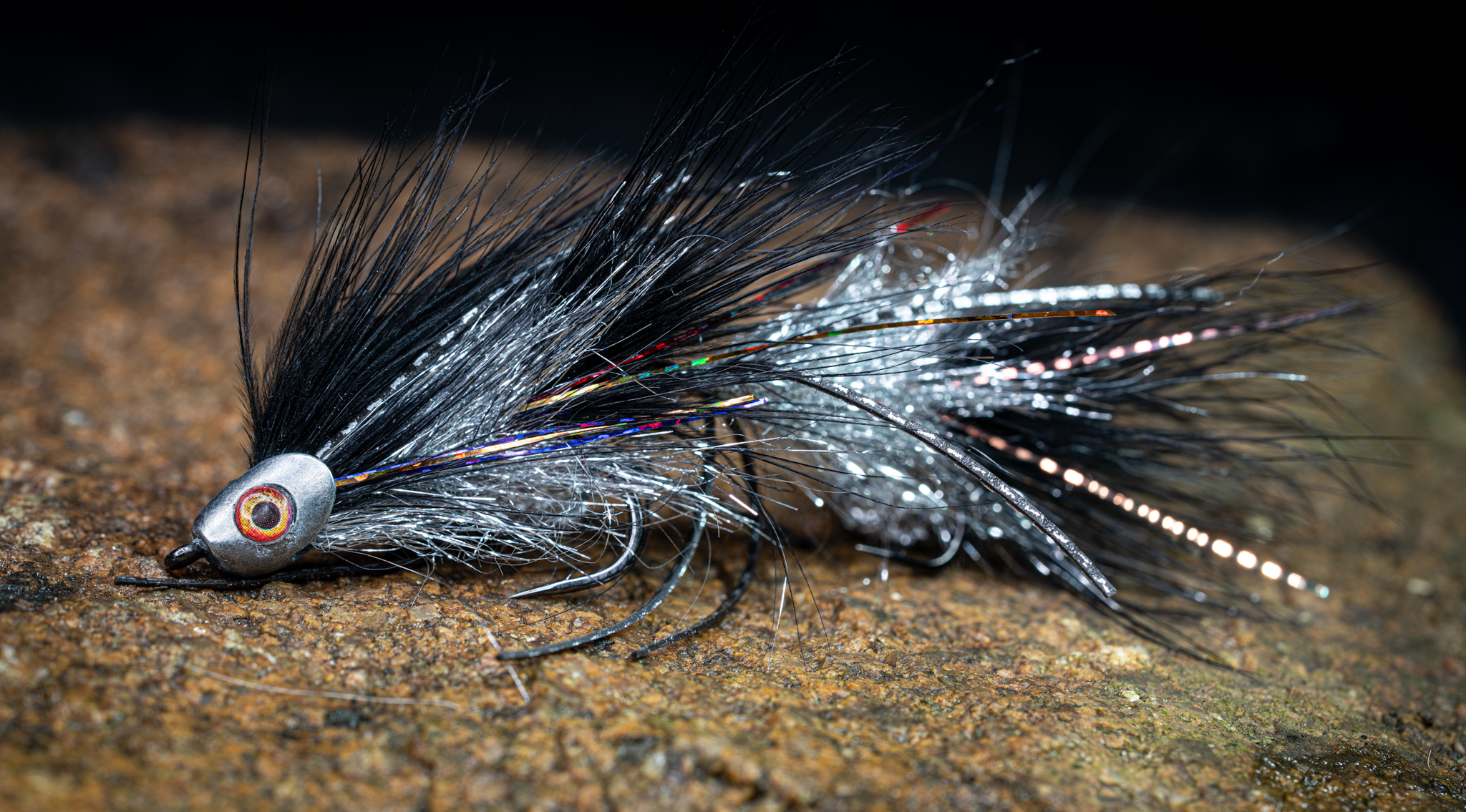 McGenius!  A wise old gillie once called Keith this for being a smart ass.

Too good a name not use on this streamer. The main ingredient on the McGenius streamer is the stroke of genius. That ingredient is Wing N’Flash.  It moves like nothing else in the water, a shimmering pulsating living entity!

Designed by Keith and Mick in 2006, now an energetic teenager it has stood the test of time and taken wild trout to 8lb and salmon over 20lb over the years.

It is an articulated streamer with a Skullhead and the eye and fish catching combination of black and silver with enhanced flash and legs for fish stopping mobility. As mentioned already this is a proven fly for brown trout, salmon and also seatrout and deserves to be in your flybox in numbers!